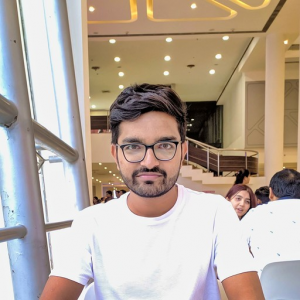 The textbook definition for React is that it is an open source frontend JavaScript library, which is created and maintained by the Facebook Developer Community. It is used to build User Interfaces or UI Components.

However, this definition assumes that you already know some key terms mentioned over there. We have the perfect blog post which gives a detailed technical description of what React is, from the ground up which you can find over here.

React has also been a boon for both clients and programmers, allowing the developers to build an MVP quickly and easily enable cross platform development, helping programmers to become full-stack.

Why do we need design frameworks?

There are plenty of design languages, talking from a user interface point of view. A great example would be that of Material UI. When you have a specific design language, components are always reused and they have a certain predefined structure to them. Even if you aren’t strictly following a certain design language, there are a lot of components that are similar across applications.

A design framework gives developers a toolkit of commonly used UI components. This allows the developers to develop the project quickly as they don’t have to go on reinventing the wheel.

That being said, here are the top 5 React UI Design Frameworks:

Material Design is one of the most popular design languages developed by Google. It uses more grid based layouts, responsive animations and transitions, padding, and depth effects such as lighting and shadows.

Material UI is a React framework that makes use of Material Design. It means that it has components which make it easier to implement Material Design into your React project.

Some of its features are mentioned below:

If you have even a vague idea of frontend development, you might have heard of Bootstrap. It is an open source CSS framework aimed at responsive, front-end web development which is mobile first. It contains a host of templates ranging from typography, forms to buttons, navigation and other interface components which are  CSS and JavaScript based.

Just as the name suggests, React Bootstrap replaces the Bootstrap JavaScript. Each component has been developed from scratch as a React component, without unneeded dependencies like jQuery.

Some of its features are mentioned below:

For every business centric software, an admin panel is very indispensable and almost all of them have a lot of similar kinds of functionality based on the domain of the business. Some examples of this could be looking up a user’s address, marking an order as refunded, resetting a password among others.

React Admin is a framework that uses React, Material UI, React Router, Redux, and React-final-form. Using these, it provides a customizable unified admin framework that can be used to build dashboards.

Mentioned here are some of its features:

As per their design values page, Ant Design focuses on these aspects:

Some of its features are:

We at Creole Studios love using the Ant Design framework and have used it for numerous projects. One example is that of an online job posting and tracking portal connecting the employers and specialists for the completion of tasks, of which one of its screens is showcased below:

We have many experts working on Ant Design and Material UI among other design frameworks, and getting started with your idea is as easy as contacting us and we’ll do the heavy lifting of making your projects with impeccable design.

Foundation is a family of responsive front-end frameworks that aids in designing beautiful responsive websites, apps and emails that look amazing on any device.  Zurb, the organization behind Foundation, describe their frameworks to be semantic, readable, flexible, and completely customizable

It’s a CSS framework like bootstrap and React Foundation is basically the wrapping up of Foundation’s every part into reusable React components following the framework’s best practices. Some of its features are described below:

There’s no ‘perfect’ React UI Design Framework that would be the best choice for all of your projects, however, there are some traits such as exhaustive documentation, large number of components, well maintained and constantly updated repositories and a large community forum to help you in every step of the web & mobile app development process that makes a framework easy to work with.