The Onslaught of Fantasy Sports Gaming Apps in India 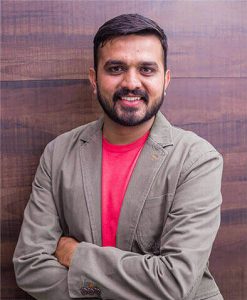 This year of 2020 saw several major tectonic events take place in India as well as in the rest of the world. While the Coronavirus Pandemic was certainly the biggest occupying topic for the major part of the year, there were several other major things that took a significant amount of our attention. India almost went to war with China. Cyclone Amphan caused a lot of damage. Controversial laws were passed in the Parliament. Major Hindi movie actors passed away including Irrfan Khan, Rishi Kapoor & Sushant Singh Rajput. Amidst all that, this year Indians also got introduced to a new form of the get-rich-quick scheme: ‘Fantasy Sports!’

If you don’t know what Fantasy Sports are, you might be living under a rock. But that’s alright, it’s safe to be under a rock these days. Even if you haven’t heard of Fantasy Sports, you’d have heard of Dream11 for sure. All thanks to this year’s IPL tournament which had Dream11 as its title sponsor after the Chinese sponsor was dropped due to the tensions with the Chinese government. Funny fact, Dream11 though being an Indian company, raised $100 million in 2018 from Tencent, which is a Chinese company. Anyways, coming back to this year’s IPL, with Dream11 as the title sponsor, they went on an advertising blitzkrieg throughout the nation! They spent $30 million to get the IPL sponsorship and then on top of that they spent a bomb on their marketing & advertising. Money was poured in unheard amounts and they got the nation’s attention.

But Dream11 isn’t a new company. It has been around for several years. It was founded in 2008 and it launched its gaming platform in 2012. The biggest Fantasy Sports platforms in the world FanDuel & DraftKings were also launched in the same year. So, kudos to Indian entrepreneurs that they weren’t left behind in this domain. Within 2 years of its launch, Dream11 had over 1 million (10 lakh) registered users and in 2018 it reached over 45 million users (4.5 crores). Before IPL started this year, Dream11 had already amassed over 100 million users. So, while they’ve been around and grown for the past 7-8 years, they weren’t much in the limelight. Probably there are a few reasons for it. One of the major factors was that this time it wasn’t just Dream11. There were a dozen more apps in the same spot!

The estimates of total users are collected from their respective websites, or from their press releases. I am sure there are a few more apps apart from these dozen. But I could never find them amidst the noise that these made. So, probably they were too weak on their marketing or didn’t have a serious user base.

Most of these apps were launched this year, or a couple of years ago. Out of these dozen, the top 5 of them did TV ads during the matches of IPL or sponsored some of the team’s kits. The other 4 did social media campaigns & influencer marketing, while the last 3 did what they could on their own. Imagine the money that was poured into promoting all these apps! A lot of them succeeded in getting a big chunk of Dream11’s pie.

I’ve checked 5 of these 12 apps personally myself and reviewed them. From the technical and user experience standpoint, Dream11 is by far the best. There’s absolutely no doubt about it. At 1 point during the IPL tournament, Dream11 reached a peak of 3 million+ user concurrency and was able to manage 60 million requests per minute seamlessly. That’s a million requests per second. All these apps had mostly the same gameplay model and they focused only on Cricket Matches (except Dream11 which features 4 other sports apart from Cricket).

If you’re not familiar with the gameplay rules allow me to explain briefly what fantasy sports are. They are a type of game that you can play on the Internet. Based on the real-life team sports matches that are scheduled to be played between 2 teams, you pick a virtual team, an imaginary team using the roasters of players from both the teams. Once the team is picked, you enter a contest for a small entry fee. Thousands of other players also join the contest with their own virtual teams.

After the match is over, based on how each player performed in the match points are awarded to them according to a set point system. Your team’s total points are the sum total of all the points that each of your players have got. Then your total points are compared with the rest of the participants and everyone is given a rank in a leaderboard and if you’re at the top of the leaderboard, you get to win a monetary prize.

The prize money is fixed at the time of a contest being created. This is where it gets interesting. The total prize money for each contest runs into crores. There are contests with total prize money of 6 Crores and even as far as 10-12 Crores. But don’t get wide-eyed seeing those numbers. If you look at those contests the total number of entries that they are accepting is also huge. So, they are making money from those contests. In the example above, the contest with 12 Crores of pot size is accepting around 30,61,700 entries at 49 rupees per entry. So, once that contest gets filled up, they’ll be getting a total amount that’s more than 15 Crores! Even if we consider 3% of transactional fees on them, they are earning well over 2.5 Crores from that contest.

Some of you might argue that they are keeping this as ‘Confirmed’ contests, which means that even if they don’t get 30,61,700 entries, they’ll still hold the contest and distribute 12 crores of pot money. That’s true, but then they’ve got all the statistics and analytics to help them with managing contests. They know what is the probability and percentage of occupancy of contests of this size, and how many users turn up when they have such types of matches. All that data would make it quite easier for them to ensure that none of their ‘confirmed contests’ are making a loss.

What got me thinking was the mathematics behind this. If over 30 Lakh people can form teams for a single match, what is a chance of you winning the jackpot prize? What is the probability that you’ll win any amount of money? And how many total teams can be formed? Well, for a game of cricket, there are 2 teams of 11 players playing a single match. Now, you can pick at the most 7 players from any 1 team to form your team. Then there are other rules of selection where you have to pick a certain number of players from all different categories: batsman, bowler, wicket-keeper, all-rounder, etc. So you can have formations of 1–3–3–4, 1–3–2–5, 1–4–3–3, 1–4–2–4, etc of 11 players distributed into different categories. That’s a lot of calculations to find out the total number of unique combinations that can be formed. Luckily, there’s a very articulate answer on quora where someone has done all those calculations.

Long story short, the total number of teams unique that can be formed in a single Fantasy cricket match is over 2.8 Crores! Compare that number to the contest size of 30 Lakh teams and you’ll know that even if that contest pays 50% of its participants, you’ll need to create a team that has the combination score of top 5% of those 2.8 crore possibilities. So, your chances of winning in that situation are 1 in 20, which means, if you create 20 different teams, statistically, only 1 of them might win money. And they only allow you to create 10-12 different teams per contest. How about that!

On another note, using a 52-card deck, if you’re playing a 5-card poker, the total number of combinations that you can form is almost equal to 26 Lakh. Not 2.6 crore, just 26 Lakh. That’s less than 10% of total teams you can create in fantasy cricket. So, even though you might want to call it a ‘Game of Skill’ Fantasy sports are very close to what is traditionally called, ‘Gambling’! All these fantasy sports companies shy away from that word and they call themselves esports platforms where they are indulging in a Game of skill and not a game of chance. But the basic premise is, no one knows which player will perform well and which player will go bust on any given day, so how is it a game of skill? The outcome isn’t based on the fantasy sports user’s skill to pick a team. The outcome is ultimately based on how the actual players perform in the match, which is completely an unknown event. I’d love to hear another side of the debate where people can justify this as a game of skill and not gambling.

But in the meantime, the country is hooked onto them like a drug! Their numbers keep on climbing and the government hasn’t caught up to them. They still haven’t determined whether it is gambling or not. Sports betting has been illegal in India, but this isn’t straightforward betting against sports, so these companies are sitting comfortably within those loopholes of the Indian constitutional laws. A few state governments like Assam, Odisha, Telangana & Andhra Pradesh have banned these apps and even Google Play has banned all these apps as they don’t allow apps to run cash-based contests. But that’s still not stopping these companies from achieving meteoric rise. And before the government brings any country-wide regulations on Fantasy sports platforms, Dream 11 has started a self-regulating entity called ‘Federation of Indian Fantasy Sports (FIFS)’ which doesn’t look like a regulating agency, it’s more like a lobbying outfit that ensures the interests of these fantasy sports companies is followed. Check out their website to know more!

There’s no doubt that they’re too powerful, they’ve got tremendous support from BCCI, and other sports governing bodies, and they’ve been lobbying the government heavily as well. I don’t see their momentum getting hampered anytime soon. As to what the people of India do with them remains to be seen. I personally played several contests in Dream 11 and a few other apps, I enjoyed myself, and as most other players would say, I didn’t win any money. I could barely get my contest fees back while in some contests I lost my money and I’ve been a part of the cricket-crazy population that has made the game a religion in India.

CEO CEO at Creole Studios, and a passionate fellow who loves technology, books, movies, and can give endless speeches on a whim.