Are WordPress Plugins safe to use? 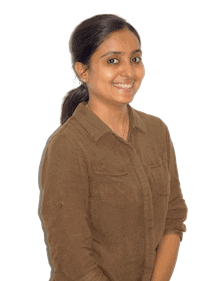 Over the years, research has identified that more than 20% of the 50 most popular WordPress plugins are vulnerable to common Web attacks. Furthermore, a targeted research into e-commerce plugins discovered that 7 out of the 10 most popular e-commerce plugins contain vulnerabilities. Unfortunately, hackers typically exploit these vulnerable applications to access sensitive information such as health records and financial details. In other cases, vulnerabilities allow hackers to deface sites or to redirect them to other attacker-controlled sites.

In more recent instances, we have seen malicious WordPress plugins being utilised not just to maintain access on compromised servers, but also to mine for cryptocurrency. So, this poses a question of how safe are WordPress plugins.

In this blog, we’ll deeply focus on WordPress Plugins as potential sources of security breaches.

Generally speaking, WordPress is the most popular Content Management System (CMS) in the world as it powers more than 30% of the Web.

That said, the core strength of WordPress lies in its ability to allow customization of sites through its extensive offering of tens of thousands of plugins and themes. These plugins vary in type and functionality- from adding a contact form to the site to optimizing a blog for SEO, or even publishing new posts to Facebook automatically.

Overall, though some set of coding standards and recommendations exist, there are technically no security guidelines nor standard requirements that a plugin developer needs to strictly adhere to. This means that a vulnerability in one plugin can propagate across millions of websites.

And since WordPress is extensively used, its consequently a popular target for attacks. So, in essence, a hacker exploiting a plugin’s vulnerability can infect thousands of sites. A scenario that has already been witnessed by many bloggers.

Unfortunately, plugin-related vulnerabilities also tend to be recurrent, exploitable and hard to detect. Therefore, there is a need to further understand such vulnerabilities to mitigate any relevant security threats. Let’s dig deeper, shall we?

First things first, let’s answer this question. For the most part, WordPress as a raw eco-system is very secure as long as WordPress security best practices are adhered to. On average, about 30,000 new websites are hacked each day on the web. These hackers tend to target WordPress websites because of plugin vulnerabilities, weak passwords and obsolete software. So, attaining the best security requires a level of intentionality, which means following a few basic WordPress security best practices to reduce your vulnerability to attack.

Read More: 11 Effective ways to Scale up Your WordPress Website for High Traffic

Where do these Vulnerabilities come from?

A recent report by wpscan.org revealed that WordPress has nearly 4,000 known security vulnerabilities. A large majority of these vulnerabilities were caused by plugins. And while some of these plugin-related vulnerabilities may have severe consequences, many remain unnoticed for years before being fixed. In most instance, they can commonly be fixed with small and localized changes to their source code.

However, before we get ahead of ourselves, let’s take a step back.

Basically, plugins are software extensions that complement applications with new custom-tailored functionality and behaviour. In particular, WordPress offers thousands of plugins (more than 52,000), which have been used to build thousands of customized web applications.

That being said, the ability to exploit plugins to extend web systems with additional and custom functionality has both positive and negative implications for developers. Firstly, on a positive note, there are normally multiple customization options from which to choose, giving developers the ability to quickly and easily build web applications that are custom-tailored to the users’ needs. Thus, facilitating rapid prototyping and development.

However, on the negative side, a web application can end up being a complex composition of multiple plugins from different sources. Which ultimately poses concerns related to plugins security. For instance, TimThumb, a plugin that was employed by millions of WordPress-based applications was reportedly open to an exploit where attackers could deliberately execute remote code.

As a matter of fact, roughly 15% of the vulnerabilities in web systems can be regarded as critical according to the United States’ National Vulnerability Database (NVD), with almost 35% of them being easily exploitable vulnerabilities.

What are the Consequences of Compromised Plugins?

Aside from users losing financial information or even having their health records compromised, the more severe a vulnerability, the greater financial impact on software companies. Additionally, this is further exacerbated if developers fail to release a viable path at the time of disclosure. Thus, plugin vendors typically strive to create more secure applications

Let’s now investigate some security vulnerabilities typically found in plugins to get a broader understanding of their consequences and implications.

As we have gathered, vulnerabilities open up opportunities for the potential misuse of software systems. Ultimately, since WordPress allows millions of developers across the world to create their own plugins, it is unrealistic not to expect a level of compromise to occur in plugins.

Because of WordPress’s complexity, it sometimes tends to be plagued by vulnerabilities. For instance, WordPress provides an intuitive infrastructure to which plugins can contribute new features by modifying shared global state or running a function at a specific point in the execution of the system core. Consequently, a plugin vulnerability can crop up when the plugin sends malicious input data to core components without proper sanitization or input validation.

For more context, let’s explore the most common attack and vulnerabilities.

SQL injections allow the execution of commands on the back-end server, such as the extraction of sensitive information. In a hosted environment, a SQL Injection attack can further be used as a stepping stone for attacks against non-vulnerable sites.

Common in WordPress plugins, Cross-site scripting vulnerabilities work in a manner like this – an attacker finds a way to get a victim to load web pages with insecure JavaScript scripts.

Where do most vulnerabilities appear?

The code writing process could be the genesis of any vulnerability or compromise. Generally speaking, PHP is well-known for supporting the execution of arbitrary code on the server-side without directly invoking the host operating system. That said, whenever developers are negligent during the code writing process, it raises the possibility of the introduction of Cross-site Scripting vulnerabilities into plugin code.

On the other hand, regarding SQL Injection is a common vulnerability because it can easily be detected and exploited. Ironically, even a website with a small user base is likely to be subject to an attempted attack of SQL Injection.

Some of the exposure to vulnerabilities stems from developers using unsafe resources. Similarly, proper input validation is still a major challenge for plugin developers because many of the recently developed plugins have been created by not-so-skilled developers

All things considered; a vulnerability may negatively influence web system in several ways. For example, the successful exploitation of a vulnerability can lead to a complete loss of confidentiality, though without loss of availability.

As has been noted, SQL Injection seems to be the most dangerous vulnerability type, though it only partially affects the integrity, availability, and confidentially of the system. However, such a vulnerability has the potential to allow attackers unrestricted access to files or information.

So, inadvertently, majority of the vulnerabilities have to potential to lead to data breaches while a few vulnerabilities do not necessarily expose web application to serious security risks. Either, it’s important to avoid taking chances with such odds.

How long can a vulnerability survive in a WordPress plugin’s code?

Ordinarily, vulnerabilities in code tend to transit through distinct states, variating from the introduction, passing by the disclosure, until the release of a patch fixing the security threat.

Prevention is better than cure as most people say. So, if plugin developers can fully understand, detect, and eliminate Cross-site Scripting, SQL Injection and Cross-site Request Forgery, its possible that we’ll have plugins with 75% fewer vulnerabilities.

So, while these proposed mitigation strategies do not guarantee that a given plugin will be fully secure, they, however, set good principles for vulnerability prevention. For example:

Unfortunately, there is no consistent method to detect the most common code weaknesses with 100% of accuracy and coverage. Unfortunately, even modern techniques that use data flow analysis to detect Cross-site Scripting, sometimes give false positives.

In contrast, manual analysis methods such as code reviews tend to be more effective than fully automated methods, especially for vulnerabilities related to design. As an example, Cross-site Request Forgery is especially hard to detect reliably using automated methods because each application has its own security policy and manner to indicates which requests require strong confidence that the user intends to make the request.

However, on the other hand, manual analysis can be useful for finding SQL Injection, though it might not achieve the desired code coverage within limited time constraints. This can become difficult for weaknesses that must be considered for all inputs, since the attack surface can be overly large.

Consequently, some organizations stress the importance of a balanced approach that includes both manual reviews and automated analysis that encompasses all phases of the web system development process.

As has been noted, plugin developers need to strive to write secure code. Unfortunately, many developers still do not know how to, as they are not-so-skilled. Particularly, given the nature of the most common vulnerabilities cited above, it’s clear that many developers do not understand common attacks, the security functions provided by the language and platform they use, and how to use applicable practices to mitigate security problems.

To summarize the topic, WordPress Plugins can be compromised, with the most common vulnerabilities being Cross-site Scripting, SQL Injection, and Cross-site Request Forgery.

Unfortunately, research seems to suggest that the frequency with which these vulnerabilities occur does not seem to be declining with time. It is safe to assume that the main reason for this is that most WordPress plugin developers remain somewhat under-skilled in regards to secure programming.

That being said, the first line of defense should be the development team! And we believe that once the best security practices are effectuated, then users can sleep better at night, knowing they are protected from cyber-criminals.

For more information on our WordPress security practices, be sure to kindly reach out for a consultation.

Sr. WordPress Developer Team leader for Wordpress & CMS technologies at Creole Studios, and a die-hard believer in the power of open source technologies.