Why Choose ReactJS for Your Next Project 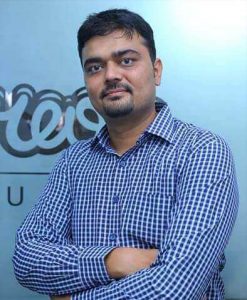 In the realm of web development, there is a wide range of useful and intuitive front-end frameworks. Although it is not a full-fledged and dedicated framework, ReactJS continues to be used by many development entities. In fact, the successful adoption, practicality, and popularity of ReactJS have been unparalleled. It is vital to understand that different features appeal to ReactJS developers.

The fact of the matter is that the current tools and frameworks from ReactJS development services and the front-end development stack have become highly diverse and extensive. In the quest to make the most out of web development tools, it makes it all the more important to choose the most appropriate framework.

Today, there is a mainstream acceptance of ReactJS among developers. After all, it is one of the most growth-driven and practical front-end libraries. Through ReactJS, developers can now break down an extensive user interface into reusable and small components. Besides, it is a much better approach than having to work on the full application.

ReactJS is an invention of Jordan Walke, a former software engineer of Facebook that came into the spotlight back in 2011 Later on, it debuted on Instagram and Facebook’s news feed in 2012. Since then, Meta has managed to roll out various initiatives to facilitate an open-source community with more repositories and projects.

Keeping that in mind, let’s dive into the benefits, use cases, and reasons to choose ReactJS for your next project.

ReactJS refers to an open-source and JavaScript-based library that allows developers to create highly responsive and dynamic user interfaces. ReactJS has a component-centric architecture structure that makes it a highly efficient solution to develop scalable and swift front-end for mobile and web applications.

Primarily, ReactJS revolves around building interactive, attractive, and natural applications. One of the hallmark aspects of ReactJS is that it requires minimal coding work from developers and renders top-notch performance. Plus, ReactJS provides an incredibly lightweight library view that supports a variety of user interface components.

But this requires integration with tools and technologies to leverage the full-fledged architecture of ReactJS. Nonetheless, ReactJS packs solid features like server-side rendering and real-time updates. Once you understand the benefits, reasons, and use cases of ReactJS, it becomes clear why JavaScript-based libraries have had consistent support from developers across the world.

In fact, changes would not impact the logic of an application at all. Not to mention, ReactJS also allows developers to write modular and clean code that makes it possible to break down the applications into small components. Once the code becomes reusable, it speeds up the entire development process.

Unlike large and complicated frameworks, ReactJS is incredibly easy-to-use and learnable. In fact, the mechanics of ReactJS are simpler than most people realize. Since ReactJS has a modular structure, it makes the code highly flexible.

As a result, it leads to easy maintenance and allows developers to save more time and develop scalable applications for an extended period. In terms of mechanics, any developer familiar with basic JavaScript can deploy ReactJS with utmost convenience. Expert and experienced JavaScript developers achieve and maintain high proficiency in ReactJS development.

With the ReactJS framework, JavaScript developers can move to React Native and build mobile apps with a dedicated native outlook. React Native is using JS and a person with good react js knowledge can adopt React Native quite easily.

When it comes to features, ReactJS has a broader ecosystem than others. Whether it’s Flux, Redux, or NodeJS, ReactJS offers a competitive ecosystem for developers to thrive. Through a wide range of tools, developers have been able to heighten their application’s performance. In line with ReactJS, Meta has been at the forefront to offer the best community support.

AngularJS framework has become highly popular largely because it allows developers to utilize HTML in the form of a template language. It is no wonder giant companies like Google, Nike, AWS, Microsoft, PayPal, Adobe, Apple, Autodesk, UPS, and McDonald’s continue to use the AngularJS framework.

On the other hand, VueJS is a flexible, swift, reliable, and easy to use framework. Major companies that use VueJS framework include Alibaba, Xiamo, Gitlab, Adobe, Retuers, etc.

Through React and Chrome tools in ReactJS, developers can now find different components and monitor hierarchies among components. This, in turn, has managed to create huge community support for ReactJS. The truth is that since its launch, ReactJS has had strong community support.

ReactJS Use Cases: When to Use ReactJS?

Long before the ReactJS, coders had no choice but to face mountainous web development issues. For starters, manually building user interfaces through raw JavaScript or jQuery is a long and tedious process. Not to mention, this process was full of errors and created more issues for developers. It became clear that development processes needed to be simplified and automated. And this is where ReactJS comes into the picture.

ReactJS is also incredibly user-friendly which makes it easier to create scalable applications with diverse functions in a high volume traffic environment. If you run a site that has to run multiple functions, ReactJS serves as an excellent library. Similarly, if you want to use the scope and features of ReactJS for a long time, then this library is still a good option for developers.

When Not to Use ReactJS

Although ReactJS has diverse benefits and offers heightened flexibility, it still has its limitations and pitfalls. In some cases, ReactJS is not the ideal choice to build sophisticated web and mobile apps. So, if you want a library that can add instant new features – then ReactJS may not be a suitable choice.

When it comes to migrating to other libraries, ReactJS can, in fact, be time-consuming and difficult. Similarly, if you want to transfer to premade templates, then AngularJS or VueJS would make better alternatives than ReactJS.

It would be fair to state that ReactJS can mitigate a lot of challenges. Still, many experts believe that ReactJS is still in its infancy and has a long way to go.. As the React ecosystem evolves at a faster pace and the new tools pop up quickly, there are more ways and opportunities to ensure proper documentation.

ReactJS has become famous on a global scale. And why wouldn’t it be? It used to develop some of the most renowned websites in the world. Using ReactJS, some of the top developed websites include Amazon, CNN, Yahoo, BBC, Roblox, and PayPal.

What’s interesting is that Meta has been using ReactJS for (almost) all its products. In fact, most Facebook’s mobile apps are dedicated and built with native React. Similarly. all of the web apps of Facebook are also built through ReactJS.

It would be fair to state that there are numerous attractive benefits attached to ReactJS. Whether it’s the dedicated support, interactive UTs, or component-specific structure, ReactJS is one of the best JS libraries out there. Conversely, ReactJS is also a great option for enterprise-scale as well as startup businesses.

You can Contact Creole Studios if you’re looking for a robust ReactJS web development company and want to hire ReactJS developers.

Web Evangelist Web Evangelist at Creole Studios and veteran web programmer who looks like a dragon warrior but is in fact Master Shifu.