React native vs kotlin: everything you need to know 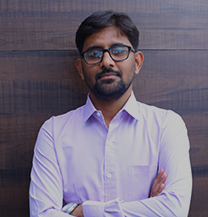 Nowadays technology is changing so rapidly and day-by-day newer versions of development frameworks are getting more up to date and allows feasibility to do something new! In order to meet the rapidly fluctuating business needs, there are several different platforms and technologies. Here, I am going to discuss two programming platforms for developing Android and iOS applications.

A next-generation member of the React family, React Native is a JavaScript platform which provides hybrid app development for iOS and Android along with Javascript while Kotlin is now the second official language for Android app development after Java. So you could use it as an alternate to Kotlin.

We are seeing their high rising demand from last one year from the StackOverflow and Github solutions.

Let’s see what sticks and what slips.

For using react native for development you need to install NodeJs() and NPM(Node Package Manager = for installing the react-native dependencies) software and do further configurations.

Faster To Build: The major selling point of React Native is it’s shorter development time. Now the question arises How is it faster which results in short time development? So the answer to this is: it provides numerous ready-to-apply components which save time for not creating new ones. For Example, FlatList is an in-built component provided by react-native which gives you the same functionality as the Android’s recyclerview or the iOS’s table view.

Shoot Two Platforms With One Framework: You get to shoot two birds with one shot. React Native allows you to build apps for iOS and Android platforms simultaneously, and you just maintain one code base. As of now React libraries do not provide all the packages that the native SDK provides, but the ones that are not provided will be written. So you get two apps for the price of one.

The RCT bridge is provided by the NPM, which is platform dependent. So the code executes on both the platforms.

Hot Reloading: This is the best advantage for the developers. This feature provides time-saving as they don’t have to run the app everytime they do changes to their code, they just need to save their code and it would be reflected on the screen. This automatic reflection for the code is performed by a listener provided by NPM. While for native code, even if a small change is to be made the whole application is restarted.

Smaller Teams: Native development requires two separate teams, which slows down the development as there can be communication hold back. But for React the developer who knows JavaScript can write the code for both platforms decreasing the team size in comparison to the native team. So smaller the team the easier it is to manage.

Migrating From Web to Mobile: If one thinking of switching to mobile development from Web will have an easier switch as JavaScript is common for Web development and the same for Mobile. So if a Reach JS developer wants to migrate his web app to a mobile platform, he can do so very easily as React platform remains the same for him on a mobile platform as well. Or even vice versa.

Prerequisite Knowledge Required: The major disadvantage is that the developer should have proper knowledge of Javascript and then combining it with native code for the hybrid apps. They will also have to code their custom components same as done in Android with the XML files.

Less Secure: React is less secure when it comes to Type A security like mobile banking as the JavaScript library is famous for its fragility. So special care needs to be taken to ensure that the code being used and written is not malicious or dirty. Programmers should pay extra attention when using 3rd party add-ons.

Limited 3rd Party Libraries: When it comes to API accessibility, the Native app development frameworks can use all the types of APIs directly. The React Native apps can use only a few of APIs into their development processes. For implementing complex APIs, you need to build a connection layer using Native technologies.

Developed by JetBrains, Kotlin is a new programming language that runs on the Java Virtual Machine which is compiled to the JavaScript source code or uses the LLVM compiler infrastructure. It is now an official language for Android Studio, endorsed by Google.

The code in Kotlin provides precise & concise codebase but with clarity, has fewer chances for errors especially for Null pointers & has stable code in production, fewer lines of code for the same functionality you code in java.

Reliable Maintenance & Support: Kotlin is provided by the great company JetBrains which is popular for providing the best IDE tools. So there is no doubt that it will neglect to provide tool support for Kotlin. It is supported on various IDEs including Android Studio. JetBrains is working on its framework Ktor for creating asynchronous servers and clients with the connected system.

Less Code: There is a thumb rule for coding: “The less you code, the fewer mistakes occur”. That leaves less room for errors and more room for stable code in production. For Kotlin, no need to provide a condition for nulls, while in java for null values we need to provide conditions.

Reliable Language: Before appearing in 2011, Kotlin had gone through multiple testing stages before the final release. And working on Android and dealing with different versions is the biggest pain for developers, Kotlin’s reliability is a blessing.

Compatibility With Existing Code: Kotlin works well with Java itself, including all the tools and frameworks which provides a rich ecosystem. Ultimately, the code is to be compiled which will return byte code to the Java Virtual Machine which is platform independent. If you code a function in Kotlin and call it from a java file(in Android Studio) it will execute because at last, it is to be converted to byte code.

Learning Curve: There is some difference between Java & Kotlin, so there will be a learning curve for the developers wishing to switch to Kotlin. Proper training and time will be needed for that. Syntax will change for variable declaration, defining a function etc.

Smaller Community: Even though after gaining rapid popularity in the market, it has a smaller community because of some unanswered questions by the contributors, where React Native has a larger community because it is a JavaScript library which is known by many developers. As mentioned above in the introduction, you can check the number of problems and their solutions contributed.

React Native is a thriving community that offers a cohesive ecosystem for mobile app development sector, as well as access to libraries and plugins to ensure faster time to market. The apps enjoy the intuitive and robust features of native apps without compromising on the performance, all in a reduced timeline, cost, and resources.

On the other hand, Google recommends Kotlin as the standard IDE for Android development. Kotlin is 100% interoperable with Java and offers backward compatibility with Java and Android projects. Kotlin is an enterprise level language aimed at resolving real-world development problems.

Sr. iOS Developer Head of iOS development at Creole Studios, and a thoroughbred Gujarati who loves food, and values family above all else.