THE INHERENT BIAS IN COMPUTER PROGRAMS 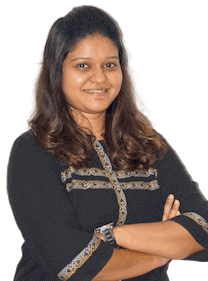 Computer algorithms organize and select information across a wide range of applications and industries, from search results to social media. Abuses of power by Internet platforms have led to calls for algorithm transparency and regulation. Algorithms have a particularly problematic history of processing information about race. Yet some analysts have warned that foundational computer algorithms are not useful subjects for ethical or normative analysis due to complexity, secrecy, technical character, or generality. We respond by investigating what it is an analyst needs to know to determine whether the algorithm in a computer system is improper, unethical, or illegal in itself. We argue that an “algorithmic ethics” can analyze a particular published algorithm. We explain the importance of developing a practical algorithmic ethics that addresses virtues, consequences, and norms: We increasingly delegate authority to algorithms, and they are fast becoming obscure but important elements of social structure.

Today, computer algorithms play a critical role in producing and curating our communications and shared culture.  Some of the things they do impeccably are:

Hewlett-Packard (HP) suffered serious public relations crisis because of some of their face tracking algorithms, as explained below:

A St. Louis tech executive named Emre Şarbak noticed something strange about Google Translate. He was translating phrases from Turkish — a language that uses a single gender-neutral pronoun “o” instead of “he” or “she.” But when he asked Google’s tool to turn the sentences into English, they seemed to read like a children’s book. The ungendered Turkish sentence “o is a nurse” would become “she is a nurse,” while “o is a doctor” would become “he is a doctor.” Google’s translation program decided that soldiers, doctors and entrepreneurs were men, while teachers and nurses were women. Overwhelmingly, the professions were male.

A ProPublica investigation two years ago found that software used to predict inmates’ likelihood of being a high risk for recidivism was nearly twice as likely to be inaccurate when assessing African-American inmates versus white inmates.

Many companies have been using algorithms in software programs to help filter out job applicants in the hiring process, typically because it can be overwhelming to sort through the applications manually if many apply for the same job. A program can do that instead by scanning resumes and searching for keywords or numbers (such as school grade point averages) and then assigning an overall score to the applicant.

But there has been a growing debate on whether machine-learning algorithms can introduce unintentional bias much like humans do.

The researchers, led by Suresh Venkatasubramanian, an associate professor in the University of Utah’s School of Computing, have discovered a technique to determine if such software programs discriminate unintentionally and violate the legal standards for fair access to employment, housing and other opportunities

“The irony is that the more we design artificial intelligence technology that successfully mimics humans, the more that A.I. is learning in a way that we do, with all of our biases and limitations,” Venkatasubramanian says.

Venkatasubramanian’s research revealed that you can use a test to determine if the algorithm in question is possibly biased. If the test which ironically uses another machine-learning algorithm can accurately predict a person’s race or gender based on the data being analyzed, even though race or gender is hidden from the data, then there is a potential problem for bias based on the definition of disparate impact.

A researcher at the MIT Media Lab, thinks that facial recognition software has problems recognizing black faces because its algorithms are usually written by white engineers who dominate the technology sector. Their arguments were:

And even though the software is built to get smarter and more accurate with machine learning techniques, the training data sets it uses are often composed of white faces. The code “learns” by looking at more white people – which doesn’t help it improve with a diverse array of races.

Business Analyst A business analyst at Creole Studios, and an unapologetic binge watching millennial, who can do unlimited reruns of Doctor Who.